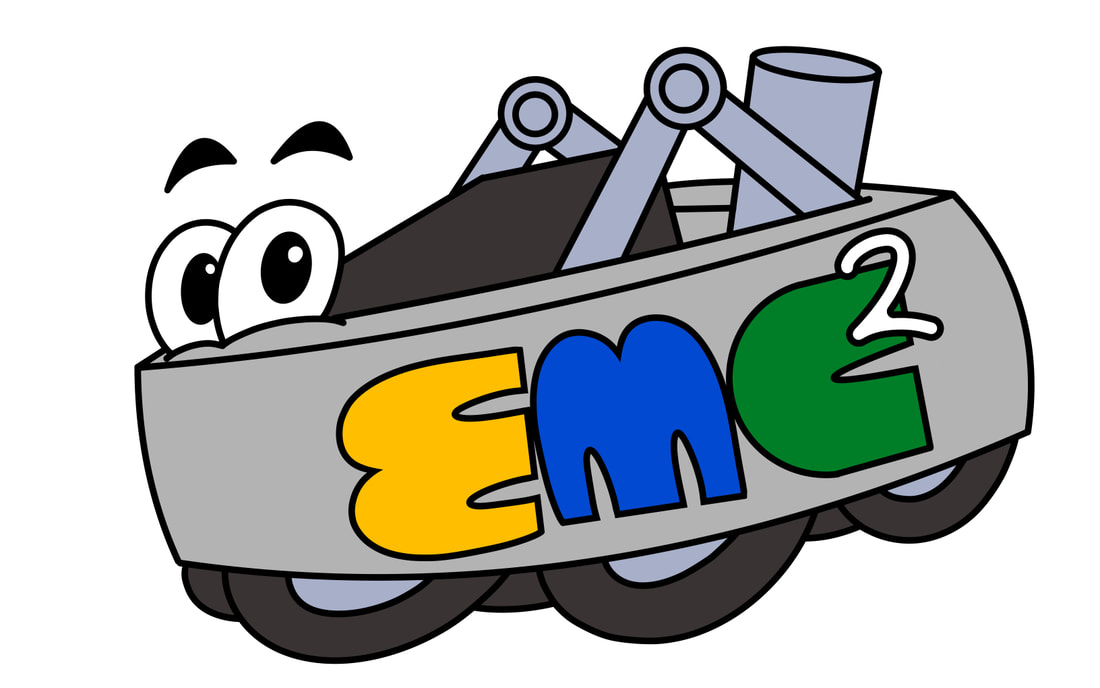 The East Metro Collaborative Competition (EMCC) is an “off-season” robotics event hosted by four FRC teams from high schools in Woodbury and Cottage Grove, and held at East Ridge High School in Woodbury, MN. Off-season events use the same game and fields from the most recent FRC official competition.

What is FIRST and FRC?
FIRST stands for “For Inspiration & Recognition of Science & Technology“, and is the world’s leading youth-serving nonprofit to advance STEM education. In 2018-19, well over a half-million students from 100+ countries participated in FIRST activities and competitions designed to inspire young people’s interest and participation in science and technology, and to motivate them to pursue education and career opportunities in STEM fields.

Each year, FIRST designs a completely new game and field for FRC teams to compete in. The game manual is released in early January, and FRC student teams (with the support and guidance of dedicated “mentor” coaches) around the world all dive in to carefully analyze the game, try to determine the best strategies for success, and how to build a robot to best accomplish the tasks and challenges presented by that year’s game. Teams then design, build, test, and practice driving their robots to be ready for official regional FRC competitions which begin in late February. The top performing teams at the regional events are invited to the World Championships in late April, held in Houston.

Off-season events like EMCC provide FRC teams a chance to continue their team and students’ development and growth beyond the official FRC season which runs from January to May each year. But the teams also enjoy the friendly competition, seeing old friends (and friendly rivals), and sharing the fun and excitement of FIRST robotics with new friends and families in our communities!

What happens at EMCC? (normal full roster of teams)
The competition begins with qualification matches, with a match running about every 8-9 minutes. In each match, two “alliances” of three teams each compete on the field at a time. One alliance has red bumpers on their robots, the other alliance uses blue bumpers. The three teams on each alliance work together to accumulate more points during the match than the other alliance, and the overall win/loss records and other on-field performance aspects of each individual team determine their qualification ranking.

What happens at EMCC ? (when smaller number of teams attend)
When fewer than around 20 teams attend, we play an open scrimmage format where all the rules are followed but alliance scores are not recorded and no alliance selection or playoffs are done.  With fewer teams and more matches, robots find themselves 'out of commission' making alliance forming difficult.  Performing an all day scrimmage provides the most match play for the most teams allowing them to switch up drive teams in a zero pressure environment, allowing them more time to repair without the urgent 'make it to the queue' time-crunch.

FIRST Technical Challenge (FTC) Scrimmage
We will be holding an FTC week 2 scrimmage on two full FTC fields. There is no charge to play in the FTC fields - just show up with your robot and play with others. (as a courtesy it would be helpful if you sign up at the FTC scrimmage signup below.) This is a great opportunity to meet other teams and chat with like minded friends!

FIRST LEGO League (FLL) Challenge Introduction
See the latest FLL Challenge Game on display and program a bot to solve one of the challenges,